I never had a pet growing up. At least not one that I actively had to take care of every single day. When I was very young, we had a puppy but when we moved out of my grandparent’s house, we left her there to keep my grandpa company. No matter how much we begged for a pet of our own, my mom never budged.

We’d always threatened that as soon as we moved out my brother and I would each get a dog. And then I realized how much work a dog actually is. A dog doesn’t exactly fit my current lifestyle of sitting around doing nothing. So instead of cashing in on my threat, I lived alone for a year.

I think that’s important to note because I was known as a cat lady long before I had a cat. It probably had to do with my obsession with shirts with cats on them, but maybe I was just putting out the vibes before I realized my own true destiny.

I would peruse Petfinder from time to time to see if any rescues caught my eye. And while my heart ached for all of these homeless pets, I wasn’t ready.

I’m not known for my spontaneity. It took me years of pinning to my “Quarter Life Crisis” Pinterest board before I finally dyed my hair. I build shopping carts that I come back to frequently to see if I really want to make a purchase.

But apparently, when it comes to cats, I can’t help myself.

I headed to my local animal shelter to inquire about this adorable long-haired black cat. The volunteer introduced me to many cats that day before finally bringing me in to meet “Monkey.” She was just as cute in person but the sign of her cage scared me. It warned to not pick her up.

Now I’m not saying I was looking for a cat that I could cart around and handle on the regular. I don’t even like that myself. I’m not sure if the volunteer sensed my hesitation or she genuinely wanted to show me this other long-haired cat because he was pretty.

When we approached his cage, she warned me that he was super shy and he wouldn’t approach me. But guess what. He came right up to my hand. She was shocked. I was sold.

While I was doing my research, I had read the application process takes 24-48 hours but the volunteer was ready to send “Dandy” home with me right then and there.

I panicked. Mainly because my house was a mess and I wanted to get it in order and have supplies for whichever cat I brought home. When I told her this, she informed me that they don’t hold cats. If I didn’t take him right then and there, he might be gone whenever I came back.

I still decided to go home and get my affairs in order. I bought every little thing I could imagine he’d need but I was full of anxiety that he wouldn’t be there when I went the next day.

Luckily, I had a pretty flexible schedule. I told my boss what was up and I was able to cut out early and spend the rest of the day working from home.

I called the shelter to make sure he was still there and got the same warning that he might not be by the time I got there.

“Dandy” was promptly renamed Grigio because he’s grey, I’m Italian and I like wine.

But let me tell you, it wasn’t an easy start. He was so shy and scared that we barely interacted over the next few weeks. Then suddenly we were snuggling all the time and playing fetch.

That also shocked the shelter because I was told after the fact that he acted pretty feral. I had never seen that side of him. Maybe I just understood him on a deeper level because we relate.

We had a blissful eight months together of cuddling and playing. My friends and family like to joke about him because no one has actually seen him in person. He hides the second someone comes over and doesn’t come out until we’re alone again. But I swear he exists.

One night in January, I was scrolling through Facebook and this little face popped up.

There were so many shares and comments but I knew I had to have “King.” I had already named him before I went to bed that night and I was just counting down until the shelter opened the next day.

This time I went in prepared. I knew I’d be able to take him home that same day so I brought my carrier. Since I quit my job and was working from home, I was able to be the first person to request him. And it was a good thing too. Half an hour after I got there and filled out my application, another couple showed up to adopt him. First come first serve. He came home with me.

The drive home was full of mixed emotions. Bacio was so sweet and I was sure I loved him already. But I was so uncertain about how Grigio would react. Would they get along? If they didn’t I’d have to make the tough decision to give the kitten back to the animal shelter to have them find the perfect home. It was only fair to both of them and I’d already built such a strong bond with Grigio. My home was his home and I would do whatever made him most comfortable.

I lucked out again. They got along. The first time they interacted was by accident. I hadn’t realized the bathroom door was open and Bacio came out to explore his new home. They had a small standoff but there was no aggression. There was no hissing. Grigio just walked away.

Okay, that’s a lie but they play, they cuddle and they cohabitate just fine. They have their own favorite spots and they don’t mind sharing my lap for some cuddling.

Now, I feel like the family is complete. At least pet-wise. I only have two hands so I really can’t accommodate any others no matter how cute they are.

But it’s funny how curious Grigio gets when I close the bathroom door for any extended period of time. The last time that happened he got a little brother who loves to annoy him so I understand his concern.

My decision to adopt these two rescues was one of my best. I’ve finally solidified my cat lady status and there’s no turning back now. Please consider adopting from a shelter instead of buying from breeders if you’re looking to add a pet to your family! 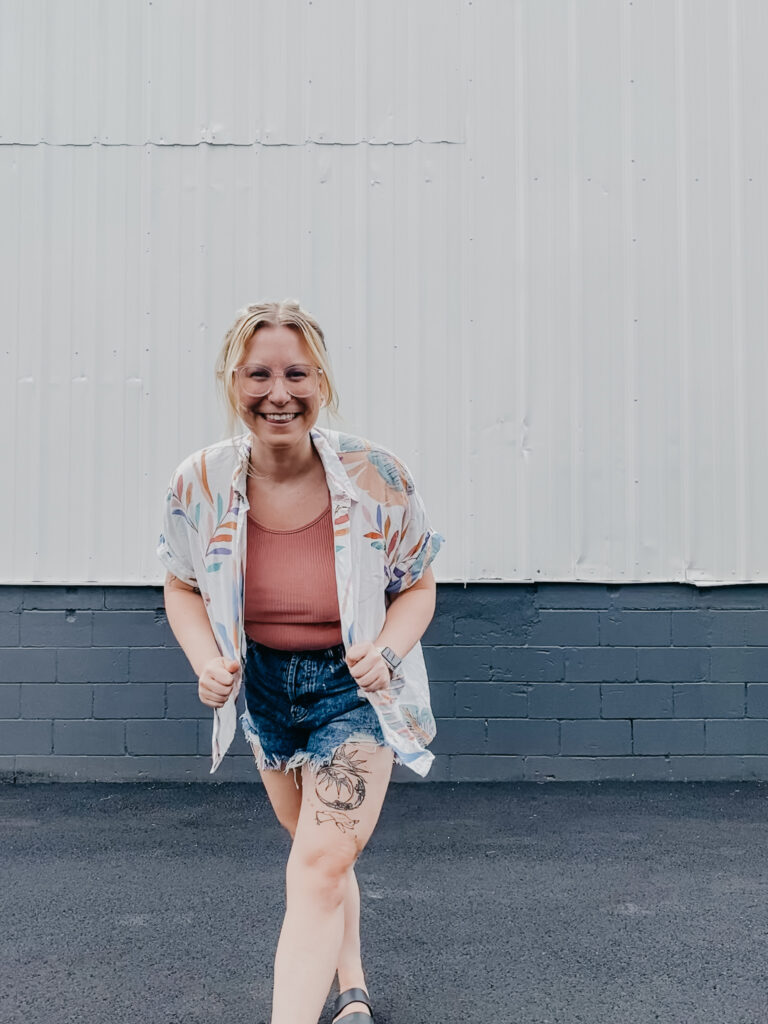 Hi, I'm Brittany…but mostly known as BratKnee here on the Internet. I’m the blogger behind BratKnee and Creative Director at Custom Picture Frames. I’m a New Jersey-based girl with a constant itch to create.

BratKnee is a participant in the Amazon Services LLC Associates Program, an affiliate advertising program designed to provide a means for sites to earn advertising fees by advertising and linking to Amazon.com.